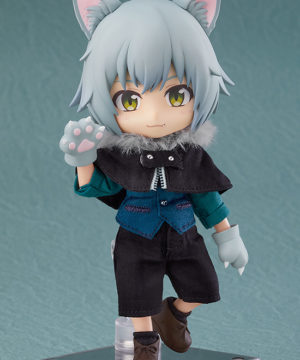 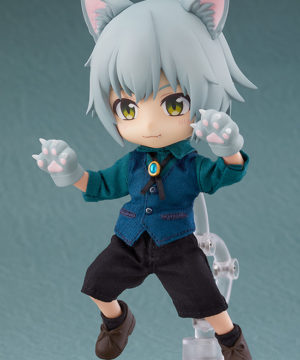 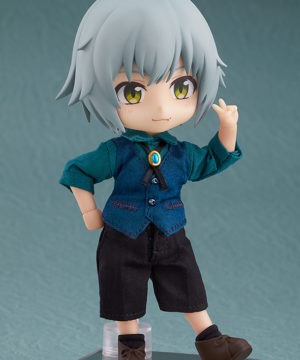 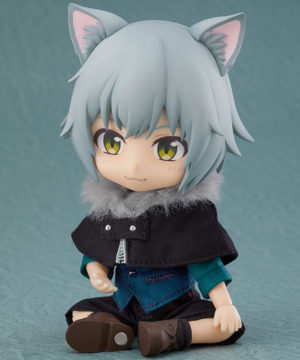 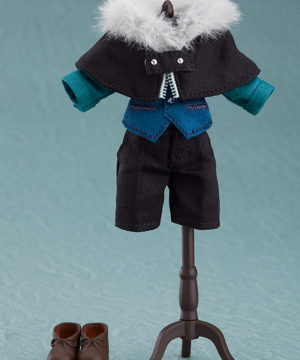 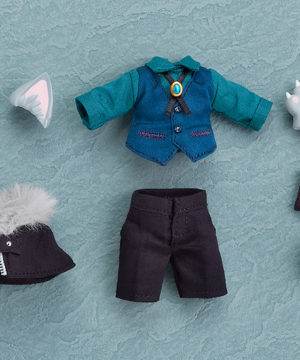 The Nendoroid Doll series of palm-sized action figures feature the same heads as standard Nendoroids, but alternate doll-like bodies that are highly articulated and can easily be dressed-up into different outfits!

The next original character to join the Nendoroid Doll series is Wolf: Ash, a kind, free-spirited boy. His wolf ears and coat are both removable. The head part of the Nendoroid can easily be switched with previously released Nendoroids allowing you to dress-up your favorite characters in an all new outfit! 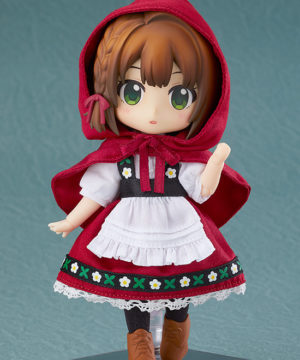